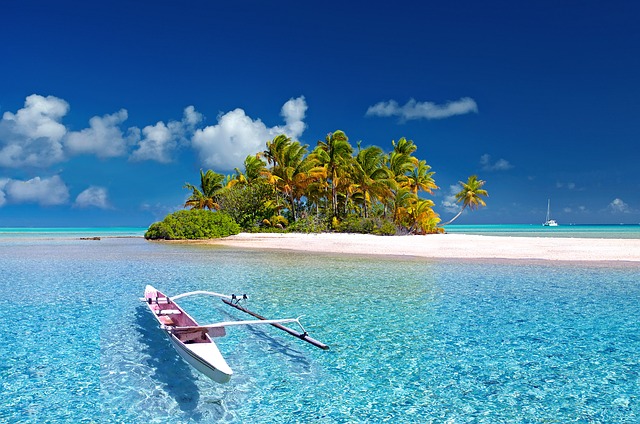 Open letter to governments on climate change and climate policy

A Dutch translation of the Norwegian version has been published on Climategate.nl here.

The media are awash with reports about failure of the health system, abuse of social funds and other similar reports. They have often come to light because journalists were determined to ask the right questions. Most recently, three journalists received the Cavling Prize for the disclosure of the involvement of the Danish Bank in a € 200 bn money laundering scandal.

But when climate change and global warming are concerned, the media refuse to engage in in-depth journalism. They almost exclusively rely on so–called climate experts, who pretend to represent the entire scientific community. There are several examples of extreme pronouncements about climate change that are uncritically parroted by the media, or that journalists use the media as a platform for climate campaigning and activism. For example, when a debate moderator categorically rejected a serious counter–argument to ‘Climate realism is shirking responsibility’ (in Kristeligt Dagblads Ethisk set, 4 February, 2019). In doing so, the rules for good media ethics were violated. Media attention is almost exclusively focused on those who support the claims of UN’s IPCC (Intergovernmental Panel on Climate Change).

The issue of the cause of today’s climate change and its many implications, is much more controversial than is being represented by the IPCC and the news media. Because the scientific measurements and observations show something which is quite different from the outcome of the inadequate computer–generated climate models. But politicians are incapable to understand this information and to use it as basis for rational decision–making, because they ignore relevant insights. This is due to the fact that the political environment, like the media world, is strongly biased by groupthink and self–censorship.

I was shocked when a 9th grade student told me that he had chosen to write a composition on the severely limited freedom of speech in the climate debate (everyone else in the class wrote about the ‘harmful’ impact of CO2). The gifted student had an interview with one of the climate spokesmen at Christiansborg (Danish Parliament) about global warming, and he had been appalled by the fact that the politician in question could only portray the emission of CO2 as pure evil.

Therefore, I turn to you and other selected politicians, in the hope that you will spend some time on reading the following, which I am sure will provide useful food for thought. We are facing a parliamentary election, where the climate issue is on the agenda and it needs a thorough overhaul.

The reluctance of the media and politicians to inform themselves of the results of international research that are inconsistent with the message of the IPCC, is certainly reinforced by the repeated propagation of unsustainable claim that 97% of climate scientists agree that most of global warming is man–made (called AGW = Anthropogenic Global Warming), and will have catastrophic consequences for the planet, if we do not act.

The 97% consensus claim has been promulgated by the media as if all global warming is man–made. The figure originates in particular from an article by J. Cook et al. (2013): ‘Quantifying the consensus on anthropogenic global warming in the scientific literature’, in which the authors have classified 11,944 summaries of articles on global climate change and global warming into four categories. Of these summaries, 7,930 did not take any stance on AGW and were sorted out, 3,896 joined the claim of AGW, while 118 rejected it or expressed doubts. Against this background, Cook et al conclude that 97% of the climate scientists support the AGW hypothesis.

This story, that actually does not deserve a place in a serious climate debate, is the focus of B. Shollenberger in: ‘The Climate Wars – how the consensus is enforced’, and by A. Montford in: ‘Fraud, bias and public relations – the 97% consensus and its critics‘. Cook’s article is misleading. Partly because it is unacceptable to discard 7,930 relevant climate papers, and partly because Cook’s data – access to which for examination was initially refused because it was said that the computer had broken down – revealed that there were actually only 41 articles that unconditionally supported the claim of AGW. For it turned out that the group of 3,896, who apparently supported the claim of AGW, also included the scientists who believe that man contributes only 20–30% to global warming and – what is worse – even so–called skeptics, who believe that the human contribution is only a few percent. A security failure on a web–page revealed that Cook’s article was originally targeted at the media – and it was indeed – to use uncritical journalists as messengers. But Cook’s article is manipulative. It is like making a mountain out of a mole hill.

The 97% consensus claim is still lurking around and is not only used to dismiss skeptics and block any serious climate debate, but also to create a scientific alibi for political decision–making. Former Norwegian Prime Minister Gro Harlem Brundtland has stated: ‘In the climate case it is immoral to doubt’. But doubt is precisely the hallmark of science, while anti–skepticism is pseudoscience and challenges the freedom of speech and a healthy democracy.

Many perceive the IPCC as the oracle of climate change. But the IPCC is a political organization, appointed by politicians and with a mandate to give politicians advice on ‘climate policy’ in connection with human emissions of CO2. Rupert Darwall has studied the origines of the IPCC. His conclusion: The IPCC is an organisation which is reviewing itself. Politicians exercise control over its scientific reports that must underpin and, at the same time, provide an alibi for political decision–making. They dictate the conclusions of the Summary for Policymakers, which is targetted at politicians and news media. The scientists who dominate the IPCC process, therefore, behave more like politicians than as independent scientists, and are well aware that there are serious problems with their data and conclusions.

That has been revealed by Chris Landsea in an open letter, when he withdrew from his lead authorship in the IPCC, in protest over the IPCC’s handling of the issue of storm activity, which ‘is based on prefabricated agendas and is scientifically unreliable’. And it was also evident from the leaked emails of the so–called Climategate in 2009, a scandal that was subsequently cleverly swept under the carpet.

Thus, politics, science and special interests are mixed together into a dangerous cocktail, which has led to widespread group think and self–censorship. 154 Governments signed the Rio Declaration in 1992, which, on a very flimsy scientific basis, stated that human emissions of CO2 are the cause of global warming. This is the origin of a climate policy agenda and something completely unheard of: the predetermined conclusion of scientific investigation. Since then, the IPCC has contributed to a growing politicization of a scientific discipline. The entire climate and energy policy agenda is based on this view – that CO2 is the culprit. Reconsideration of what has happened is, therefore, an important social task, if one wants to strengthen enlightened democracy.

Hereafter some concrete examples are being offered of factual observations and robust research results, that are inconvenient for the IPCC, and of which politicians and the public are, therefore, not aware. It is not an overview of emotionally–charged letters, contributions to the heated debate or the impact of climate alarmism on children, grandchildren and the hopeless future of our planet. It focuses on observations and facts, instead.