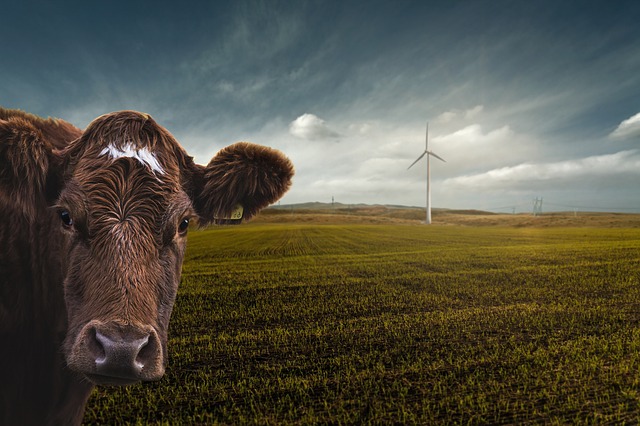 New research shows that when tech companies move in, they often encourage a sustainability mindset, but lead to gentrification and stable or higher emissions.

When a big technology company moves to town, it often promises eco-friendly infrastructure and encourages a sustainability ethos to go along with it. That was the idea when Amazon announced plans to bring its headquarters to Seattle’s South Lake Union neighborhood a decade ago. It coincided with low-carbon investments the area had already been making — a new light rail between downtown and the airport, more protected bike lanes — and the company’s desire to promote a climate-friendly lifestyle.

But as well-paid tech workers arrived in South Lake Union and adjacent neighborhoods, moving physically close to the headquarters building and public transit options, the area’s demographics started to shift in what University of Pennsylvania sociologist Daniel Aldana Cohen and colleagues describe as „carbon gentrification.“ Beyond that, instead of a resulting in a lower carbon footprint, greenhouse gas emissions and overall consumption there likely increased.

According to a new paper in the International Journal of Urban and Regional Research from Cohen, Jennifer Rice of the University of Georgia, Joshua Long of Southwestern University, and Jason Jurjevich of Portland State University, what happened with Amazon in Seattle isn’t unique. Rather, it’s an unforeseen and unfortunate trend that will likely continue and requires more granular data to fully understand.

„There’s clear evidence that the arrival of tech companies is causing a significant migration of lower-income and non-white populations out of urban cores where firms locate. Then more affluent residents are taking their place,“ says Cohen, an assistant professor and member of the Population Studies Center (PSC) at Penn. „From the carbon analysis so far, when density results from more high-income residents, the low-carbon benefits of that density get wiped out. We believe the carbon emissions in these neighborhoods are staying the same or increasing.“

Residential density — in this context the concentration of people — living near mass transit can play an important role in lowering carbon emissions. „The core issue is what kind of density,“ Cohen says. „The data are telling us that the kind led by tech companies and tech workers causes social displacement and has no climate benefit. On the other hand, density anchored by affordable housing would yield climate and social benefits at the same time. And it could be pursued all across urban and suburban areas, led by public planning and public investment.“

The research began after Cohen, a sociologist focused on Sao Paolo and New York City, and Rice, a geographer focused on Seattle, were co-panelists at a conference. Rice has researched governance in Seattle for more than a decade, allowing her to observe firsthand the changes Amazon brought. „As wealthier people arrived,“ she says, „I suspected that was counteracting the city’s climate-related goals.“

Teaming up with Long and Jurjevich, they began studying links between big tech, gentrification, and carbon emissions there. They looked at what are currently the best zip code-level carbon footprint data in the United States, and conducted a demographic analysis of Seattle, then did a deep dive into how housing advocates perceived the changes since Amazon arrived. „Many of the activist groups I work with in Seattle feel you can’t have climate justice without housing justice,“ Rice says. „We agree.“

Understanding the true societal cost of this relatively new problem requires data that either haven’t yet been collected or aren’t yet analyzed. Part of the challenge lies in how cities currently count emissions. Right now, according to Cohen, most do so territorially. In other words, they consider what happens within the city limits as emissions coming from that city, then add in energy that urban residents use. But territorial accounting ignores any production or transportation beyond city limits that goes toward producing goods and services distributed within that city. That can lead to a skewed representation of carbon footprints.

„For affluent, post-industrial cities, this is a convenient measure to use. But it’s necessary to have even more granular data on carbon emissions,“ he says. „All the evidence we have so far strongly suggests that gentrification, when you bring wealthier people into dense neighborhoods, will maintain or even raise the carbon footprint of those areas, particularly when you’re displacing low-income residents.“

A changing consumption pattern is likely at fault, since more affluent people tend to have higher carbon footprints due to higher consumption. Previously, consumption centered on places where people spent time together, like rec centers and churches. In the new model, luxury condo towers and high-end malls move in, closing off people from one another yet putting expensive purchasing opportunities next door. This move, from shared to private consumption, is already seen in places like Seattle and New York and increasingly, Philadelphia, happening in tandem with gentrification.

But it’s not too late to reverse course. „We need massive investments in affordable housing paired with serious support to ensure that density does not displace people, but rather that everyone can benefit from it,“ Cohen says, adding, „Sustainability interventions need to be holistically deployed at the regional scale.“

A Penn project called the Socio-Spatial Climate Collaborative, or (SC)2 aims, to help in that endeavor. With Kevin Ummel, a PSC research affiliate, and graduate student Nick Graetz, Cohen is leading an effort to analyze neighborhood-level carbon footprints and a range of other social public health data across the United States. It won’t conclude for at least a year, but once complete should better explain factors like the root causes of climate change and vulnerabilities from it, the true influence of green spaces, and who uses the amenities that they live near.

The recent research is one step toward that broader goal. „Our aim with this paper is provocation,“ Cohen says. „High-tech development is high carbon and is not giving the benefits that it promises. We think there’s strong circumstantial evidence to support the case, and we want people to be aware of it.“

Partial funding for this work came from the Population Studies Center, Kleinman Center for Energy Policy, FELS Policy Research Initiative, and Perry World House at the University of Pennsylvania and the Housing and Demographic Research Center in the College of Family and Consumer Sciences at the University of Georgia.

Greenpeace co-founder Patrick Moore gives a keynote address to the Economic Education Association of Alberta’s 6th annual „Freedom School“ conference, on „Things that Matter: An Agenda for Alberta“, about changing the world by speaking the truth – in this case about the science, policy and politics of man-made global warming