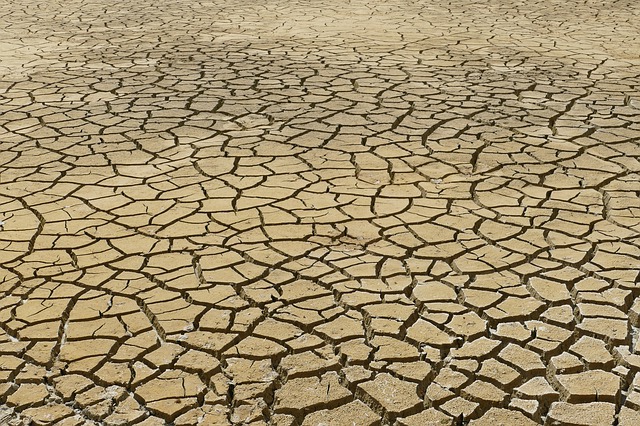 Larch trees in the permafrost forests of northeastern China – the northernmost tree species on Earth –  are growing faster as a result of climate change, according to new research.

A new study of growth rings from Dahurian larch in China’s northern forests finds the hardy trees grew more from 2005 to 2014 than in the preceding 40 years. The findings also show the oldest trees have had the biggest growth spurts: Trees older than 400 years grew more rapidly in those 10 years than in the past 300 years, according to the new study. The study’s authors suspect warmer soil temperatures are fueling the growth spurts by lowering the depth of the permafrost layer, allowing the trees’ roots to expand and suck up more nutrients. The increased growth is good for the trees in the short-term but may be disastrous for the forests in the long-term, according to the authors. As the climate continues to warm, the permafrost underneath the trees may eventually degrade and no longer be able to support the slow-growing trees.

No other tree species can survive the permafrost plains this far north, so if the larch forests of northern Asia disappear, the entire ecosystem would change, according to the study’s authors. “The disappearance of larch would be a disaster to the forest ecosystem in this region,” said Xianliang Zhang, an ecologist at Shenyang Agricultural University in Shenhang, China, and lead author of the new study in AGU’s Journal of Geophysical Research: Biogeosciences.

Dahurian larch is Earth’s northernmost tree species and its most cold-hardy: These larches are the only trees that can tolerate the frigid permafrost plains of Russia, Mongolia and northern China. Chinese locals refer to Dahurian larch as “thin-old-trees,” because they grow slowly in the thin active layer of soil above the permafrost and can live for more than 400 years. Permafrost regions around the world have been thawing in recent decades due to rising temperatures, sometimes degrading into swamps and wetlands. In the new study, Zhang and his colleagues analyzed growth rings from more than 400 Dahurian larch in old-growth forests of northeastern China, the southernmost portion of the tree’s range, to see how the trees are faring in a warming climate.

Tree rings allow scientists to measure how much trees grow from year to year. Much like people, trees do most of their growing while young. Dahurian larch generally grow rapidly until they become around 150 years old, at which point their growth slows. When the trees hit 300 years old, their growth basically stalls. The researchers used the width of each tree’s growth rings to calculate how much area each tree gained in cross-section each year over the course of its lifetime.

The results show Dahurian larch trees grew more from 2005 to 2014 than from 1964 to 2004. Interestingly, the effect was most pronounced in the oldest trees: Trees older than 300 years grew 80 percent more from 2005 to 2014 than in the preceding 40 years. Trees between 250 and 300 years old grew 35 percent more during that time period, while trees younger than 250 years grew between 11 and 13 percent more. The old trees’ growth is unusual – it’s akin to a 100-year-old person suddenly getting taller, according to Zhang. The authors suspect older trees are growing more than younger trees because they have more developed root systems that can harvest resources from the soil more efficiently.

The researchers compared the trees’ growth rates to climate factors like soil temperatures and precipitation data over the past 50 years to see what was causing the unusual growth. They found increased soil temperatures, especially in winter, are likely powering the growth spurts. They suspect the warmer temperatures lower the depth of the permafrost layer, providing the trees’ roots more room to expand and access to more nutrients. While this initial soil warming has benefitted Dahurian larch, further permafrost thaw could likely decrease tree growth and even cause the forest to decay, according to the authors. Dahurian larch can’t survive in wet conditions, so permafrost changing to wetlands or peatlands would be detrimental to the forest as a whole, they said. “If the larch forest retreat in this region in the future, it is also not a good sign for the whole boreal forest,” Zhang said.

While other research has examined the effects of a warming climate on temperature-sensitive trees in North America, the new study examined temperature-sensitive trees in permafrost areas, which have been less widely studied but are a vast component of the boreal forest, said Erika Wise, an associate professor of geography at the University of North Carolina – Chapel Hill, who was not involved in the new study. Additionally, previous studies on these larch trees have focused on the effects of air temperature and precipitation, but the new study looked at the influence of ground surface temperatures, which has also not been studied widely, she added.

“Their arguments make a lot of logical sense in terms of why the trees might benefit from the increased winter ground surface temperatures, which is that especially things like an earlier spring thaw could really help trees get growing earlier, more ability to have root activity in the cold months, these sort of things would make sense in why trees would benefit from warmer winters in particular,” Wise said.

Abrupt climate change some 8,000 years ago led to a dramatic decline in early South American populations, suggests new UCL research. The study, published in Scientific Reports, is the first to demonstrate how widespread the decline was and the scale at which population decline took place 8,000 to 6,000 years ago. „Archaeologists working in South America have broadly known that some 8,200 years ago, inhabited sites in various places across the continent were suddenly abandoned. In our study we wanted to connect the dots between disparate records that span the Northern Andes, through the Amazon, to the southern tip of Patagonia and all areas in between,“ said lead author, Dr Philip Riris (UCL Institute of Archaeology).

„Unpredictable levels of rainfall, particularly in the tropics, appear to have had a negative impact on pre-Columbian populations until 6,000 years ago, after which recovery is evident. This recovery appears to correlate with cultural practices surrounding tropical plant management and early crop cultivation, possibly acting as buffers when wild resources were less predictable,“ added Dr Riris. The study focused on the transition to the Middle Holocene (itself spanning 8,200 and 4,200 years ago), a period of particularly profound change when hunter-gatherer populations were already experimenting with different domestic plants, and forming new cultural habits to suit both landscape and climate change.

While the research shows that there was a significant disruption to population, the study highlights that indigenous people of South America were thriving before and after the middle Holocene. Co-author, Dr Manuel Arroyo-Kalin (UCL Institute of Archaeology), said: „In the years leading up to population decline, we can see that population sizes were unharmed. This would suggest that early Holocene populations, probably with a social memory of abrupt climate change during the Pleistocene-Holocene transition, developed successful strategies to deal with climate change.

„Abandonment of certain regions and the need to adapt quickly to new circumstances may have promoted the exploration of alternative strategies and new forms of subsistence, including the early adoption of low scale cultivation of domestic plants. Viewed in the context of at least 14,000 years of human presence in South America, the events of the Middle Holocene are a key part of indigenous South Americans‘ cultural resilience to abrupt and unexpected change.“ In this new study, archaeologists examined data from nearly 1,400 sites consisting of more than 5,000 radiocarbon dates to understand how population changed over time, and cross-referenced this information with climate data.

Dr Riris explained: „We studied ancient records of rainfall such as marine sediments for evidence of exceptional climate events. Within windows of 100 years, we compared the Middle Holocene to the prevalent patterns before and after 8,200 years ago. Normal patterns of rainfall suggest on average an unusually dry or wet year every 16-20 years, while under highly variable conditions this increases to every 5 years or so. This puts in perspective the challenge that indigenous communities would have faced.“ The authors believe that the research offers crucial historical context on how ancient indigenous South American populations dealt with climate change.

Dr Arroyo-Kalin concluded: „Our study brings a demographic dimension to bear on understandings of the effects of past climate change, and the challenges that were faced by indigenous South Americans in different places. This understanding gauges the resilience of past small-scale productive systems and can potentially help shape future strategies for communities in the present.“The research was funded by a UCL CREDOC grant, the Sainsbury Research Unit at University of East Anglia and a British Academy Postdoctoral Fellowship at UCL.