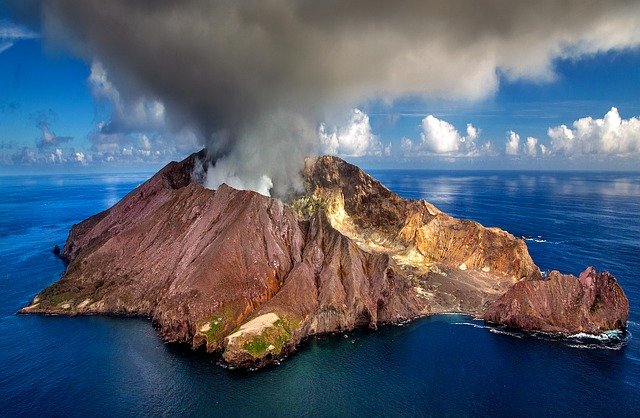 A new air‐sea coupled mode is discovered off the coast of northern Chile and named Chile Niño/Niña. It shows remarkable interannual variability in sea surface temperature (SST) with the peak in austral summer from January to March. The related warm (cold) SST anomalies are mainly generated by anomalous southward (northward) alongshore surface winds that suppress (enhance) the coastal upwelling and subsurface mixing and, in turn, reinforce the wind anomalies by heating (cooling) the overlying atmosphere and strengthening the anomalous cross‐shore pressure contrast. The positive feedback is called the coastal Bjerknes feedback in analogy to the equatorial Bjerknes feedback that is responsible for generation of El Niño–Southern Oscillation. The anomalous surface shortwave radiation through the SST‐low stratus cloud thermodynamic feedback and the variation in the mixed‐layer depth play positive roles in the evolution of Chile Niño (Niña). In contrast, the wind‐evaporation‐SST feedback plays almost no role in the evolution.

The UAH Global Temperature Dataset at 30 Years: A Look Back at the Early Days

Today (Monday, March 30) is the 30th anniversary of our publication in Science describing the first satellite-based dataset for climate monitoring.

While much has happened in the last 30 years, I thought it might be interesting for people to know what led up to the dataset’s development, and some of the politics and behind-the-scenes happenings in the early days. What follows is in approximate chronological order, and is admittedly from my own perspective. John Christy might have somewhat different recollections of these events.

Some of what follows might surprise you, some of it is humorous, and I also wanted to give credit to some of the other players. Without their help, influence, and foresight, the satellite temperature dataset might never have been developed.

In the late 1980s John Christy and I were contractors at NASA/MSFC in Huntsville, AL, working in the Atmospheric Sciences Division where NASA managers and researchers were trying to expand beyond their original mission, which was weather support for Space Shuttle launches. NASA/MSFC manager Gregory S. Wilson was a central figure in our hiring and encouragement of our work.

I came from the University of Wisconsin-Madison with a Ph.D. in Meteorology, specializing in the energetics of African easterly waves (the precursors of most Atlantic hurricanes). I then did post-doc work there in the satellite remote sensing of precipitation using microwave radiometers. John Christy received his Ph.D. in Atmospheric Science from the University of Illinois where he did his research on the global surface atmospheric pressure field. John had experience in analyzing global datasets for climate research, and was hired to assist Pete Robertson (NASA) to assist in data analysis. I was hired to develop new microwave satellite remote sensing projects for the Space Shuttle and the Space Station.

Coral tells own tale about El Niño’s past: Pacific temperatures over a millennium

Scientists use data from ancient coral to build a record of temperatures in the tropical Pacific Ocean over the last millennium. The data question previous links between volcanic eruptions and El Niño events.

There is no longer a need to guess what ocean temperatures were like in the remote tropical Pacific hundreds of years ago. The ancient coral that lived there know all. A study in Science led by Rice University and Georgia Tech researchers parses the record archived by ancient tropical Pacific coral over the past millennium. That record could help scientists refine their models of how changing conditions in the Pacific, particularly from volcanic eruptions, influence the occurrence of El Niño events, which are major drivers of global climate.

They found the ratio of oxygen isotopes sequestered in coral, an accurate measure of historic ocean temperatures, shows no correlation between estimates of sulfate particles ejected into the atmosphere by tropical volcanic eruptions and El Niño events.

That result could be of particular interest to scientists who suggest seeding the atmosphere with sun-blocking particles may help reverse global warming. According to Rice climate scientist and primary author Sylvia Dee, previous climate model studies often tie volcanic eruptions, which increase sulfate aerosols in the atmosphere, to increased chances for an El Niño event. But the ability to analyze climate conditions based on oxygen isotopes trapped in fossil corals extends the climatological record in this key region across more than 20 ancient eruptions. Dee said this allows for a more rigorous test of the connection.

Coral data that Georgia Tech climate scientist Kim Cobb and her team arduously collected on trips to the Pacific show little connection between known volcanoes and El Niño events over that time. Like tree rings, these paleoclimate archives hold chemical indicators, the oxygen isotopes, of oceanic conditions at the time they formed. The coral data yields a high-fidelity record with a resolution of less than a month, tracking the El Niño-Southern Oscillation (ENSO) in the heart of the central tropical Pacific.

The eight time-overlapped corals Cobb and her colleagues recently studied held an unambiguous record of conditions over 319 years, from 1146-1465. This and data from other corals spans more than 500 years of the last millennium and, they wrote, „presents a window into the effects of large volcanic eruptions on tropical Pacific climate.“ That span of time includes the 1257 eruption of Mt. Samalas, the largest and most sulfurous of the last millennium.

Cobb said her lab has been developing techniques and expanding the coral record for years. „My first expedition to the islands was in 1997, and it has been my sole focus pretty much since then to extract the best records that we can from these regions,“ she said, noting the lab has issued many papers on the topic, including a groundbreaking 2003 study on ENSO in Nature.

Cobb said dating the ancient coral samples depends on precise uranium-thorium dating, followed by thousands of mass spectrometric analyses of coral oxygen isotopes from powders drilled every 1 millimeter across the coral’s growth axis. „That speaks to the temperature reconstruction,“ she said. „We’re borrowing on 70 years of work with this particular chemistry to establish a robust temperature proxy in corals.“

The oxygen-16 to oxygen-18 isotopes revealed by spectrometry show the temperature of the water at the time the coral formed, Cobb said. „The ratio of those two isotopes in carbonates is a function of the temperature,“ she said. „That’s the magic: It’s based on pure thermodynamics.“

„This beautiful coral record is highly sensitive to El Niño and La Niña events based on its location,“ Dee added. „My collaborators worked to extend this coral record to span a period where we know there were a lot of explosive volcanic eruptions, especially in the first half of the millennium.

Only some volcanoes launch particulate matter — particularly sulfate particles, leading to a phenomenon called sulfate aerosol forcing — into the stratosphere, where the particles reflect incoming sunlight and cool the planet over the short term, Dee said. „But that cooling’s impact on the tropical Pacific is uncertain, and might be regionally heterogeneous,“ she said.

„Our study suggests that linkage (between volcanoes and ENSO) doesn’t exist or, if it does, it is obscured by the large natural variability in the climate system,“ Dee said. „In general, El Niño is a natural oscillator in the climate system. It’s a product of chaos, like a Slinky going back and forth. It is so strong that the system might be immune to big climate perturbations like short-term volcanic cooling.

„Incidentally, our scientific community uses the same climate models that we evaluated to estimate the climate’s response to geoengineering and solar radiation management schemes that employ sulfate aerosols,“ Dee said. Cobb and Dee characterized the study as a cautionary tale for those who study geoengineering. „There is no doubt whatsoever that if we inject stratospheric aerosols, we will cool the planet,“ Cobb said. „That’s been shown and modelled. What we’re trying to ask is, what else happens? And how well can we predict that? Our work really motivates further study to flesh out the full scope of climate impacts from sulfate aerosols.“

No consistent ENSO response to volcanic forcing over the last millennium

The El Niño–Southern Oscillation (ENSO) shapes global climate patterns yet its sensitivity to external climate forcing remains uncertain. Modeling studies suggest that ENSO is sensitive to sulfate aerosol forcing associated with explosive volcanism but observational support for this effect remains ambiguous. Here, we used absolutely dated fossil corals from the central tropical Pacific to gauge ENSO’s response to large volcanic eruptions of the last millennium. Superposed epoch analysis reveals a weak tendency for an El Niño–like response in the year after an eruption, but this response is not statistically significant, nor does it appear after the outsized 1257 Samalas eruption. Our results suggest that those models showing a strong ENSO response to volcanic forcing may overestimate the size of the forced response relative to natural ENSO variability.